Your furniture is toxic but you can buy non-toxic furniture if you search for it. 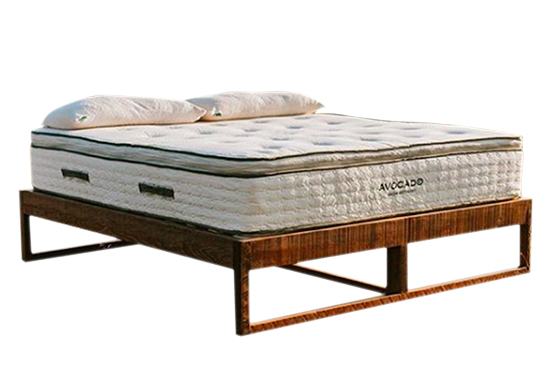 cal and reproductive dysfunction and learning disabilities such as ADHD, mental retardation, and hyperactivity. Today, Californians who undergo testing are finding halogenated fire retardants stored in their bodies at increasing rates, with babies and children showing the highest levels.

IMPACT ON CHILDREN AND INFANTS

Infants and children are the most vulnerable to the effects of halogenated fire retardant chemicals, which have been shown to travel from the mother’s body through the placenta and umbilical cord blood to the developing fetus at critical stages of growth and brain development. Studies show that babies are now increasingly born with these chemicals already stored in their bodies. Babies are further exposed to these compounds after birth through breast milk, where they have increased 40-fold since the 1970’s.
Halogenated fire retardants migrate from furniture into household dust where they are inhaled, building up in human and animal tissue over time. A recent study released in October, 2007 shows that California has three to eight times the household dust concentrations of these chemical compounds compared to the rest of the U.S. and U.S. concentrations are, on average, ten times higher than European concentrations.
Infants face enormous health challenges in a world that is increasingly dominated by industrial chemicals. Body burden studies tell us that babies are now born with hundreds of chemicals already stored in their bodies—topping the list are halogenated fire retardants, particularly a sub-class called polybrominated diphenyl ethers (PBDEs).
These chemicals have been shown to cause serious health disorders in hundreds of animal studies including endocrine disruption, cancer, birth defects and a whole host of reproductive and neurological disorders.
Halogenated fire retardants are passed from the mother’s fatty tissues, where they bioaccumulate over time, and travel through the placenta and umbilical cord blood while the baby is in utero. Once the baby is born, he or she undergoes further chemical exposure by ingesting these compounds through breast milk. U.S. women have one of the highest exposure rates of these chemicals in the world and, on average, have ten times the levels of halogenated fire retardant chemicals in their bodies compared to European or Asian women. As a result, recent studies show that North American women have the highest levels of these chemicals in their breast milk in the world.

BODY BURDEN
A body burden study measures the amount of harmful substances that are permanently present in the body of a human or animal. Many harmful substances can be routinely and naturally eliminated by the body, but some are removed very slowly or not at all—especially those that are lipophilic, which means they build up in fatty tissues. Halogenated fire retardants are lipophilic, meaning that once they enter a human or animal body, they tend to stay there and bioaccumulate, impacting normal functioning.

IMPACT ON THE ENVIRONMENT
Halogenated fire retardants are not only building up in human and animal tissue, but are bioaccumulating throughout the global environment. These compounds are increasingly found in river and bay sediments throughout the world, including extremely remote areas such as the Arctic Circle. Some of the highest
levels of PBDEs have been found in marine mammals at the top of the food chain including harbor seals, dolphins and killer whales. These compounds have also been found in meat and fish regularly consumed by the general public.
An ongoing issue of concern is that there is no way to safely dispose of products that have been treated with halogenated fire retardant chemicals. As consumer products which contain these fire retardants are land-filled, composted, littered, or recycled, the chemicals within them enter the waste stream and are dispersed into the larger environment.
Conventional water treatment plants are neither designed nor equipped to remove these chemicals from the waste stream. It is hypothesized that these fire retardants may rinse off clothing during laundry cycles, eventually ending up in sewage that’s applied to farm fields as fertilizer, ending up in the food chain.
Water quality testing has shown that these compounds are flowing into waterways at alarming rates and settling into river and bay sediments. As halogenated fire retardants build up in sediments, they increasingly
accumulate in aquatic life, eventually ending up at the top of the food chain, namely large mammals and humans. In the San Francisco Bay area, concentrations of PBDEs in humans and wildlife are among some of the highest reported worldwide

PBDEs were first introduced into the consumer marketplace in the 1970s. Like most industrial chemicals in use today, their toxicity impacts were not studied in advance of their widespread use. Since then, PBDEs have been found stored in the tissues of humans and animals throughout the world. Over the past 15 years, governments around the world have recognized that halogenated fire retardants such as PBDEs are highly toxic and worked to ban them from use.

Friends of the Earth is working to end the use of halogenated fire retardants in furniture in California and is the co-sponsor of California Assemblyman Mark Leno’s Assembly Bill 706 (AB706), the Crystal Golden-Jefferson Furniture Safety and Fire Prevention Act. Poised for passage in 2008, AB706 will ban halogenated fire retardants, while promoting safer, affordable and less toxic fire safety measures in furniture including fire resistant upholstery
fibers, bio-based furniture filling foams, improved furniture design and phosphate-based chemicals, boric acid and melamine.

AB706 is co-sponsored by MOMS (Making Our Milk Safe) and has the support of dozens of firefighter, burn and trauma organizations, public health groups and religious, consumer, and environmental organizations.

WHAT CAN YOU DO?
1. Support AB706—write to Governor Schwarzenegger and your State legislators.
2. Take steps to protect yourself as a consumer:
a. Before buying new furniture, ask the sales staff whether the product contains “halogenated fire retardants”. If they don’t know, don’t buy it.
b. For existing furniture, look underneath the sofa, chair, or other foam products (including children’s cribs, etc.), to see if there is a label specifying that it meets California Technical Bulletin 117. If so, there is a high likelihood that it contains halogenated fire retardants. To be certain, you may wish to contact the manufacturer.
c. There are numerous furniture makers now offering safer products. Some of these include all-wool linings and latex filling that are both fire-safe and free of fire retardant chemicals, as well as others that include more benign phosphate chemicals. These furniture makers can be found with a web search. Friends of the Earth’s website may offer information about suppliers (www.foe.org).
d. When you buy upholstered furniture containing polyurethane foam, look for models where the foam is thickly covered or wrapped inside the cushion so dust from it is less likely to escape into your home.
e. Buy wooden furniture or furniture filled with polyester, down, wool, or cotton. It is unlikely to contain added fire retardant chemicals.
f. Vacuum often and use a HEPA filter to keep the dust level down in your house.
3. Support Friends of the Earth’s work to end the use of toxic fire retardants. Visit their website at www.foe.org to make a contribution.