Norway Bans the Use of All Tropical Wood – including Certified Wood! 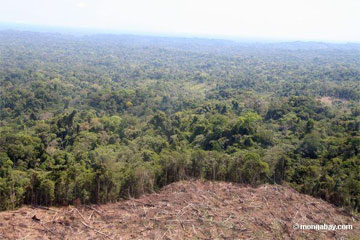 The proposal, put forth by Friends of the Earth Norway and the Rainforest Foundation Norway (Regnskogfondet), was discussed by Norwegian Prime Minister Jens Stoltenberg and British Prime Minister Gordon Brown last week.

Norway will next seek support from other developed countries, says Lars Haltbrekken of Friends of the Earth Norway.

“Norway must now invite the 20 other wealthiest countries in the world to do the same,” he told Aftenposten. “Then we’ll really be on the way to saving the climate.”

Further details on the commitment will be released at a later date, according to Aftenposten.

The announcement comes five months after Norway banned the use of tropical timber in all public buildings. At the time, the Norwegian government said that since it does not recognize any tropical forest certification system as reliable, the Directorate of Public Construction and Property (Statsbygg) would ban the use of all tropical wood, including certified wood.